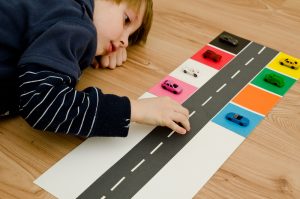 Autism, or autism spectrum disorder (ASD), includes a cluster of neurological disorders that affect people in different ways and to varying degrees. In general, ASD interferes with social and communication skills, and causes unusual, repetitive, or extremely limited interests and behaviors. The American Psychiatric Association’s DSM-5 classifies three levels of ASD from high-functioning to severe. Because ASD occurs on a spectrum, people with ASD require different levels of support.

How common is ASD?

According to the Centers for Disease Control and Prevention, ASD diagnoses are common and on the rise. As of their last update, 1 in 59 children has ASD, and boys are more likely to have it than girls (1 in 37 and 1 in 151, respectively). Experts suspect that the rise in ASD rates may be due to increased awareness, and because “autism” has become an umbrella term for several different disorders, including Asperger syndrome and Pervasive Developmental Disorder, Not Otherwise Specified (PDD-NOS).

The exact causes of ASD are still unknown, but research points to a combination of genetic and environmental factors that may increase risk. These include genetic changes during embryonic development, a parent carrying an autism gene, serious pregnancy or birth complications, and not spacing pregnancies by at least one year. Multiple studies also suggest that rates of ASD steadily increase with parental age (especially the father’s). Interestingly, research has also found that teenage mothers are also more likely to have children with ASD.

What about vaccines? Back in 1998 a study linked the measles, mumps, and rubella (MMR) vaccine to ASD. Since then, the study has been debunked. In fact, the journal that published it retracted it, and the study’s author lost his license due to misrepresenting data. The American Academy of Pediatrics has put together a list (with summaries) of dozens of studies showing that vaccines do not cause ASD.

How is ASD diagnosed?

A diagnosis of ASD requires an extensive evaluation by a professional (such as a pediatric neurologist) who is specifically trained to use ASD assessment tools. A multidisciplinary team of pediatric specialists may work together to make a diagnosis.

What are common red flags of ASD?

How is ASD treated?

Because every child with ASD has different challenges, goals and treatment vary. In general, though, children with ASD and their families receive services from one or more pediatric specialties, including speech-language pathology, occupational therapy, physical therapy, psychology, and social work.

What should you do if you’re worried about your child having ASD?

If you observe any of the red flags listed above, or if your child is lagging behind on social and/or language milestones in general, bring it up to your pediatrician. If he or she doesn’t refer you for an evaluation and you still feel concerned, seek help on your own. Early intervention for ASD can dramatically change a child’s future, so it’s essential to not to “wait and see” if your child displays classic signs. You can find more information (including resources) in our article about the importance of early intervention.